A big step closer to meetings in the metaverse

New collaboration between Meta and Microsoft takes the next best form of meeting to new heights. VR and MR merge and open up wild opportunities for virtual collaboration. 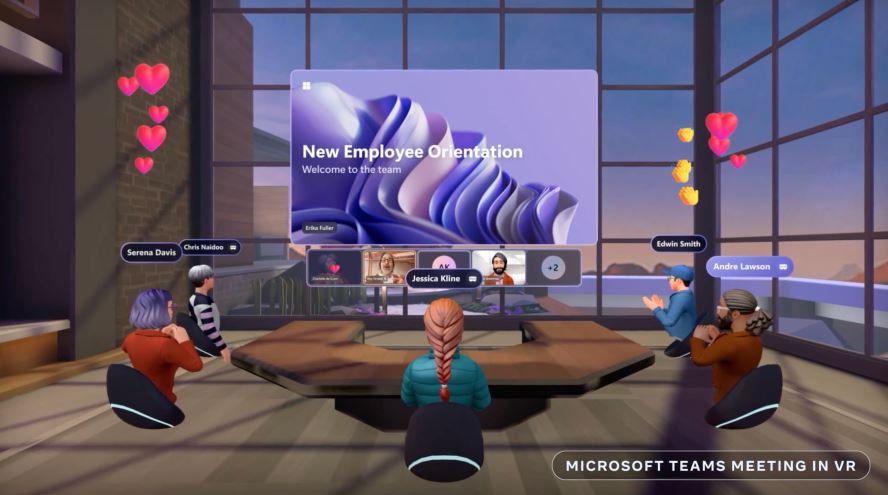 You’ve missed something if you haven’t yet tried meeting in VR in Horizon Workrooms with the Oculus Quest headset or in Mixed Reality via Microsoft Mesh on HoloLens. These kind of digital meetings far surpasses a regular Zoom or Teams meeting when it comes to maintaining focus and feeling the sense of shared presence.

Now, you can look forward to the fact that you will definitely get to try it. And that you will shortly be able to hold meetings across the two platforms.

Collaboration opens highway to the metaverse

Microsoft and Meta (Facebook) have announced a collaboration where the two platforms will be able to interact with each other. This comes at the same time that Meta presented the new VR headset Meta Quest Pro at the company’s big event, Meta Connect.

The CEO of Microsoft attended Meta Connect and announced that Microsoft Teams will be available on Meta’s headset.

“The collaboration between Microsoft and Meta opens a highway to the metaverse. Headsets from Meta and Microsoft have so far been good at two different things, but with Quest Pro we are starting to see the fusion between VR, AR and MR, which blurs the boundaries of virtual collaboration and is a huge step in the direction we imagine the metaverse to be,” says Jens Lauritsen, Chief Product Officer at Virsabi.

Physical meeting from both side of the planet

For companies, collaboration and the launch of the new headset from Meta means that the opportunities for collaboration across physical locations get a real boost.

“Even if one person is in Kalundborg and others in Kuala Lumpur, Microsoft Mesh allows you to collaborate and interact physically with the same 3D model, and in Horizon Workrooms you can, for example, write on the same whiteboard. Now these things merge and provide some unique opportunities for digital collaboration with the most talented people in your company, no matter where in the world they are,” says Jens Lauritsen.

Increases the availability of VR, AR and MR

With the collaboration between Microsoft and Meta, the two companies also send a strong signal to the business world that the software of the future for virtual, augmented and mixed reality must be independent of the hardware platform.

“Microsoft, in my opinion, sends a very clear signal that the path to the metaverse is not through proprietary hardware, but that their solutions should now be available to as many users as possible. It breaks down the barriers to adopting these technologies and starting to enjoy the incredible benefits of collaborating in VR and MR,” says Jens Lauritsen.

At Virsabi, we’re ready to help you meet your customers where they are – at home. Let’s talk about creating the right solution for you.
Talk to us

We use cookies on our website to give you the most relevant experience by remembering your preferences and repeat visits. By clicking “Accept”, you consent to the use of ALL the cookies.
Cookie settingsACCEPT
Manage consent