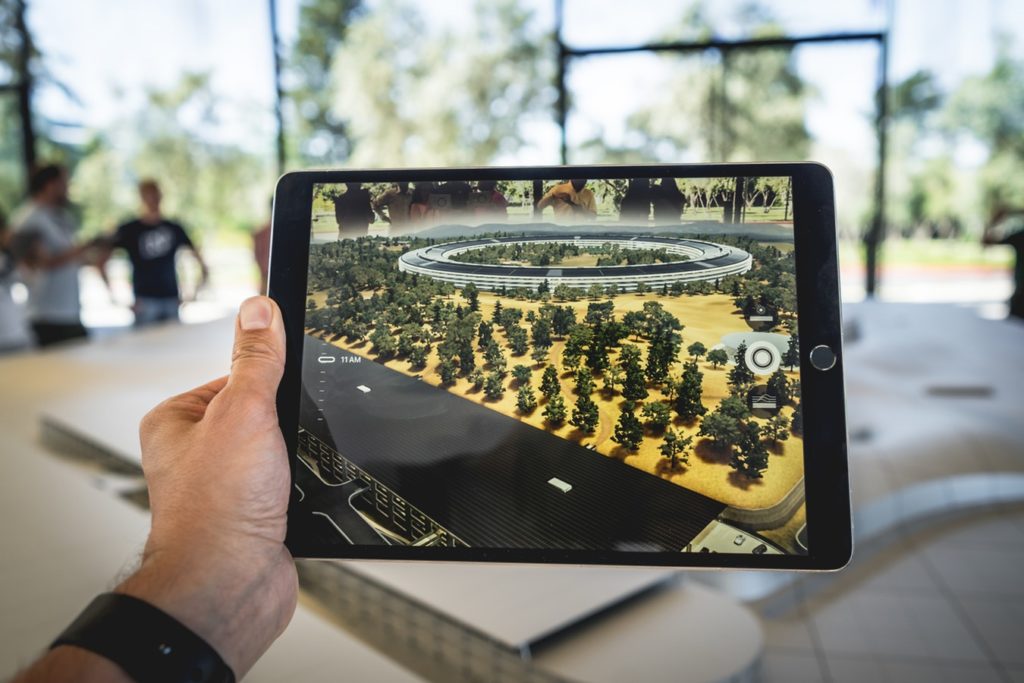 Augmented Reality (AR) is the less known cousin of virtual reality. So far, Virtual Reality (VR) gets more attention because it completely immerses users in a virtual world, and the industry is heavily powered by gamers. Augmented reality, on the other hand, overlays computer-created content on the real, surrounding world.

The potential of AR was so far best presented by the last year’s success of Pokémon Go, a classic video game re-imagined as an AR experience on a smartphone screen. Pokémon GO was based on the actual real-world map of the streets and pathways and used GPS to determine player’s real life position. Thousands of players around the world got on the streets hunting for 3D creatures.

Now just imagine what can be achieved  when instead of Pokemon, there are 3D historical figures tourists showing tourists around a city. Or coupons for deals to be collected and exchanged for a discount at local coffeeshop or retail store.  The potential of AR in business becomes obvious.

AR is predicted to sky rocket in the nearest future. According to Digi-Capital forecast, AR will hit $90 billion by 2020.

The new era of wearable computers

Apple CEO Tim Cook is betting on augmented reality, as he believes it will keep his company on top and may even replace the iPhone. Gene Munster, a founding partner at Loup Ventures, and Apple analyst, says agrees with the statement. AR devices will replace the iPhone. “It’s something they need to do to continue to grow,” he says, “and defend against the shift in how people use hardware.” Why AR and not VR? Apple believes AR will be an easier sell because it’s less intrusive. Apple is planning to build glasses, which like the Watch, will probably be tethered to the iPhone. So what will be crucial for full adoption? Content. If Apple’s AR glasses lack useful apps, immersive games and interesting media content, why would someone wear them? After the failure of Google Glass, the headset released in 2014, tech companies learnt a big lesson. Improved technology and change of direction is what makes AR grow so fast now. This infographic shows the best how AR technology evolved, and how does new generation of glasses differ.

All biggest tech companies heavily invest in AR. After long time of hesitation and waiting for others to go first, new, improved headsets are being released.  The fight for market domination has started, and the potential of AR continues to grow. We already see it, but do you?