From toy to tool

Two of Denmark’s largest resellers booked meetings immediately after seeing an interview with our CEO, Michael Harboe. The interview was about the development of augmented reality in e-commerce at a live event in Danish Industry. 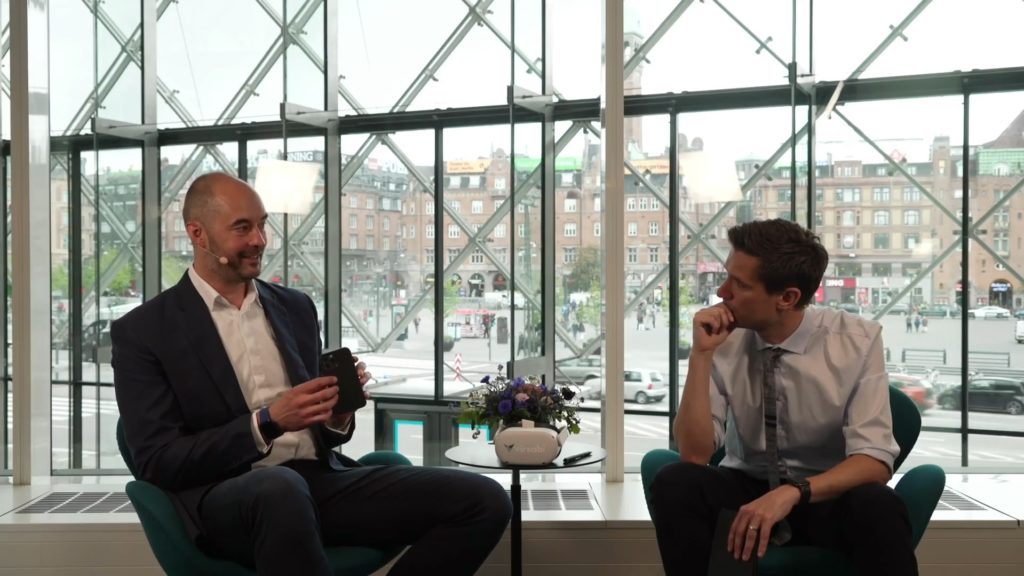 Augmented reality means business in e-commerce. It is now possible to show 3D models of products in AR straight from the browser on phones or tables, and an increasing number of online retailers are realizing the potential.

If nothing else does the trick, then figures like a 90% increase in conversion rates get the attention of webshop owners. And attention was exactly what our CEO, Michael Harboe, got when he was interviewed at a live event at Danish Industry yesterday.

“I was approached immediately afterwards by two of the largest resellers in the country, and I think we’ll see a breakthrough in the use of this technology here in Denmark very soon. As a country we might not be first runners, but with the tech-readiness in Denmark, I wouldn’t be surprised if we take the lead in implementing it large-scale,” he says.

“This technology works very well for design items like lamps and furniture because the customers get a taste and feel of how the products fit in their own home. But very soon this will spread to more items. If you buy a shoe or a bag, you want to be able to turn it around and see it from all angles, if you buy a shirt or a jacket, you want to see what it looks like on your body,” Michael Harboe says.

WebAR is exactly like augmented reality as you know it – except it can be accessed directly from a mobile browser. No app, no downloads. Just a single click away.

From toy to tool

Trying on a shirt in augmented reality is just like using a funny filter in Snapchat or one of the other social messaging tools. For many consumers it’s already a well-known technology which means that adaption rates will be fast.

“AR is now on the verge from toy to tool. There is a natural development in technologies like this where the tech savvies are first movers, then it becomes a toy for fun, then it turns into a useful tool, and then you move into the totality phase where it is just business as usual. Today, no one would sell goods online without showing a picture of it. I’m confident that flat jpegs will be replaced by AR 3D models in a not-so-distant future,” Harboe says.

The tech-toy-tool-totality phrase is coined in a report by Deloitte made for Snapchat. The report also states that in just four years it’s expected that nearly 75 percent of the global population will be frequent AR users. Read the full report here.

See the interview with Michael Harboe here. It starts 100 minutes into the video.

At Virsabi, we’re ready to help you meet your customers where they are – at home. Let’s talk about creating the right solution for you.
Talk to us