Keeping the audience engaged through online events requires more than inspiring speakers. You also need a visual environment that supports the messages and gives the viewers a feeling of presence. See how we solved that puzzle with a virtual 3D environment for an online conference about blockchain.

Through the COVID-19 pandemic we all experienced the power of webinars. We enjoyed being inspired and educated about new trends, products, or updates without the hazzle of travelling and spending value time away from the office or the family.

But we also experienced the fatigue of staring into the monitor, and we learned that watching one or two people talking, sitting at their desk and talking to their webcam puts a serious toll on our attention span.

At Virsabi, we believe that there is a bright future for webinars and online events. And we have the ideas, the people, and the technology to make those events engaging enough to keep the attention of your viewers!

Behind the scenes: How we did the blockchain event

August 31st, 2021, we hosted a digital conference about the potential of blockchain for Danish companies. The conference was streamed live from our Virtual Production Studio in Copenhagen, with a few pre-recorded pieces blended in.

As you can see in the behind-the-scenes video, the viewers were welcomed in a 3D virtual environment designed to give them a feeling of being present in a real conference.

As the camera pans through the virtual environment, the audience is guided through the room towards the main stage. At the main stage is a large screen showing videos. At the same time, we are sending live from our studio with a virtual production background that creates the illusion that the studio and the 3D conference are happening in the same space.

“This is where the real and the virtual world really blend together. We placed some of the live recordings from the studio in the virtual environment to create the same spacious atmosphere as when you participate in a real conference, ultimately creating a fusion of worlds” says Iris Magdalene Schmidt, Creative Director in Virsabi.

Iris has a background as a film director, and she uses storytelling techniques from the world of movies to keep the attention of her audience. She and the team also keep pushing the boundaries for blending real and virtual production in her storytelling.

“The blockchain event lasted five hours, and to keep peoples’ attention for that long, you need to add some spikes to the program. A great line-up of speakers like they had here will attract a crowd, but to make sure people return to their screen after a break, you need some cliff-hangers, and you need the visual experience to be attractive and consistent all through the event. We used well-known techniques from movies and television and combined it with the latest in 3D and virtual reality to create a welcoming space for the event,” she said. 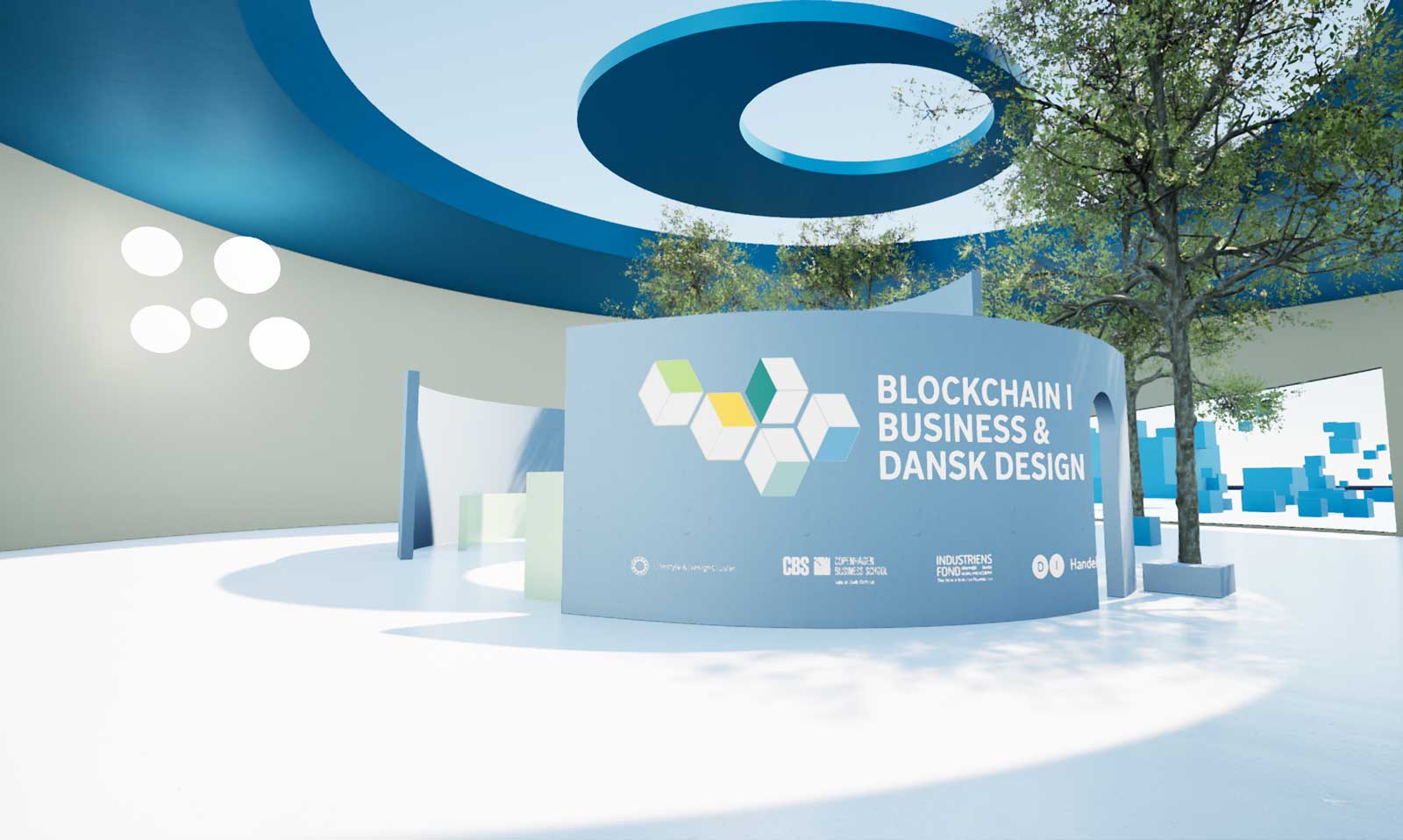 Virsabi helped put the program together to create the right flow of speakers and visual inspiration, and Virsabi also built the virtual environment, all aligned with the visual identity of the organization behind the conference.

The virtual environment can of course be reused for other events.

“It’s a very versatile environment. We can change the logos and the colors, and use the same virtual setup for another event, or we can adapt the space to better match your virtual identity. It’s a very fast, convenient, and sustainable way to create a setting for filming,” says Iris Magdalene Schmidt.

Discover the different technologies we work with