The service industry can speed up onboarding and work processes with VR and AR.

Virsabi participated and introduced the executives for possibilities with VR and AR in an industry where some of the challenges include narrow margins, staff costs, attracting skilled labor, and continuous training of employees.

The top executives had a chance to try VR and AR, and we held a post-it battle with the aim of getting most post-its on the wall with ideas on how VR and AR can help solve industry challenges.

“A lot of ideas were about onboarding, knowledge sharing, and training in new skills and tasks. It was obvious to see that there is a connection between industry challenges and the work process that virtual and augmented reality supports really well,” says Michael Harboe, CEO, Virsabi. 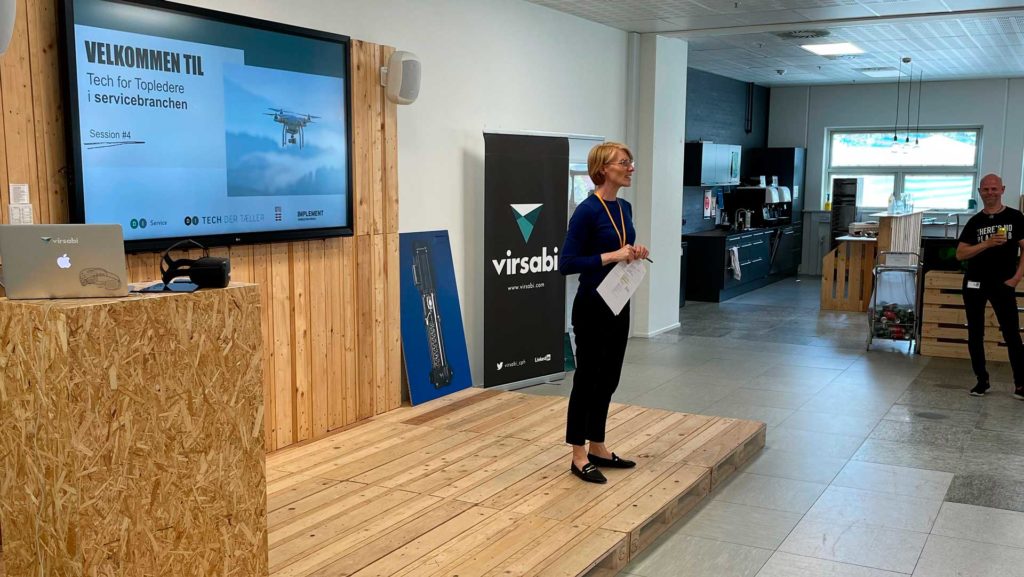 Virtual reality is especially good for onboarding and training of employees for new tasks. Within cleaning, facility management, security and other service-related businesses, many tasks need to be performed identically and correct every time. For this reason, new employees need to learn the routines as fast as possible.

Virsabi can build these routines into a very lifelike simulation in virtual reality, and with a VR headset new employees can practice as many times as they like without taking time from other employees.

“A VR headset shields the users from any disturbances and feels very lifelike for your senses. This sharpens your ability to learn compared to teaching in classrooms and e-learning, and studies even indicate that new employees learn faster than when they learn from colleagues. For the service providers this means that you shorten the time before new employees can take on the responsibilities of solving tasks on their own,” Michael Harboe says.

For today’s occasion, Virsabi has designed a virtual cleaning trolley which demonstrates the possibilities for using virtual reality for training and introduces the top executives for this scalable and mobile technology. See how in the video above. 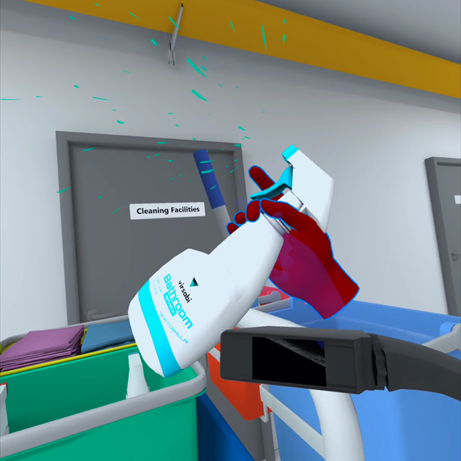 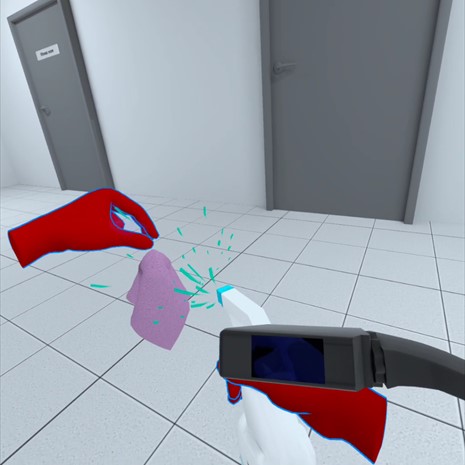 Augmented reality can also provide great value in the service industry. In AR, you use a headset like HoloLens or RealWear where you can see a digital layer on top of the real world. And even if you don’t have access to HoloLens or RealWear, AR can provide value when used with smart phones and tablets.

As inspiration, Virsabi showcased an app developed for Desmi Ocean Guard where 3D models of Desmi’s ballast water management systems can be placed in a live environment using augmented reality, and where you can click on every component on the 3D model to find the manual for that particular component.

However, the possibilities are even greater when using an AR headset, and Virsabi has developed an app that makes it possible to record tutorials in HoloLens and save it. Other employees can put on the HoloLens and be guided step-by-step through any task.

“It could be cleaning of particular sensitive areas, operation of a piece of equipment, or it could be a task within facility management that you rarely need to perform which makes it hard to remember which buttons to push. With the app, the technicians can be visually guided while they have their hands free, and that is much more efficient than looking for the manual somewhere,” Harboe says.

Solve it right the first time

The same app makes it possible to document the performance of a task. With hand gestures or voice command, the technical staff can take a photo or record a video of the task and save it as documentation.

Furthermore, you can use the same headsets and augmented reality to participate in an ordinary digital meeting on Teams.

“When wearing HoloLens or RealWear, you can make a call directly from the headset and be guided by an expert from the office – or from anywhere in the world. Contrary to video calls on the phone, the people in the field have their hands free to perform the task, and the experts on the call can draw lines, circles, arrows and so on digitally in the field of vision. It is a very efficient way to get a quick clarification, allowing the technician to solve the task right the first time and move on fast,” says Michael Harboe.